Locus festival celebrates fifteen years of passion for great international music, from the 27th of July to the 14th of August in the heart of Apulia, Locorotondo.

With four extraordinary shows already on sale with  MS. LAURYN HILL, CALCUTTA, FRENCH KIWI JUICE,  FOUR TET and BEN UFO,  Locus Festival is now adding equally prestigious headliners for free shows in the city square with  JOSÉ JAMES, COLIN STETSON, MAMMAL HANDS, LEE FIELDS & THE EXPRESSIONS, COLLE DER FOMENTO, MECNA, dj set on the nearby coast with  CHANNEL ONE SOUND SYSTEM, CHILDREN OF ZEUS and CLAP! CLAP!, talk and films on music myths with Locus Focus & Movies, an exhibition of illustrators dedicated to the XV years of Locus, and many other musical and cultural happenings.

For its fifteenth edition, Locus festival renews the classic circular logo with the inner fire metaphor, fueled by the passion for good international music. Passion and warmth that made possible the exponential growth of Locus during these years, in that magical heart of Puglia región called Valle D’Itria, in the delightful village of Locorotondo. The increasingly high-level of the line-up is positioning Locus among the most important Italian festivals of summer 2019, with the convinced support of local institutions and the official partner Tormaresca, supplier of Apulian DOC wines.

Among the main sponsors, we renew the collaboration with Maldarizzi Automotive – Mercedes Benz (Motoria), also as official supplier of production vehicles, and with BCC Locorotondo. An high standard hospitality for artists and guests is guaranteed by Oasi Villa San Martino. This year we’re also welcoming a prestigious brand like Nastro Azzurro.

Other important partners and sponsors for the 2019 edition are being confirmed. 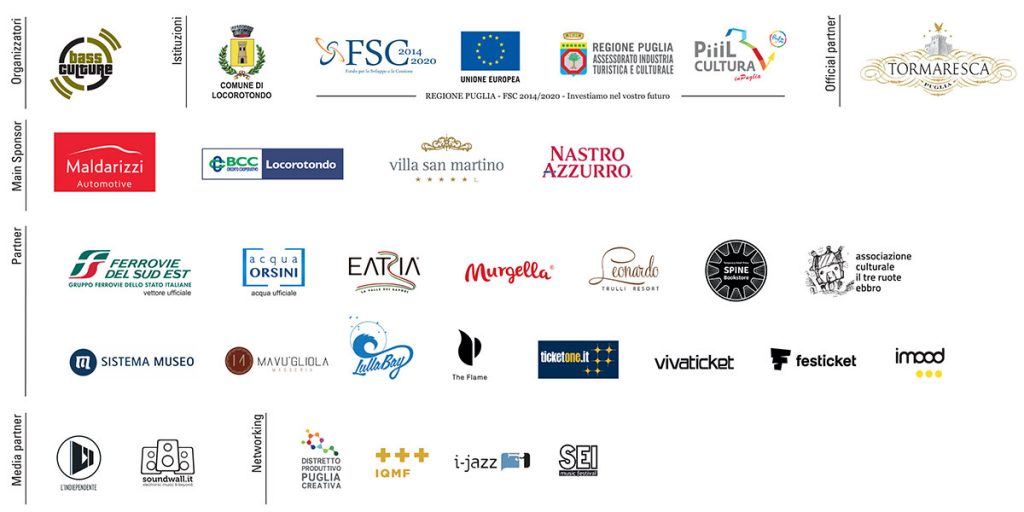 José James presents “Lean on me” at Locus 2019, for the first big night in the town square 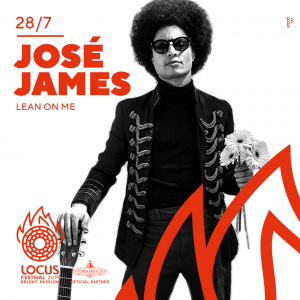 Locus festival presents the first big night in the town square for the XV edition
JOSE JAMES in “Lean on me” (exclusive Italian show)
28th July – free admission in Piazza Moro – Locorotondo (BA)
One of the most influential voices of the American neo-soul scene, paying tribute to one of his idols, the immense Bill Withers!
José James‘ last album, produced by Don Was on Blue Note Records, rearranges 12 from the most intense Whiters songs with a dream team of musicians: Pino Palladino (bass), Kris Bowers (keys), Brad Allen Williams (guitar), Nate Smith (drums) and features Lala Hataway as a guest on the song “Lovely Day”.

Locorotondo’s town square will be resounding with immortal tunes such as “Ain’t no sunshine”, “Lean on me”, “Just the two us…”, reframed and actualized from the elite of contemporary soul music. 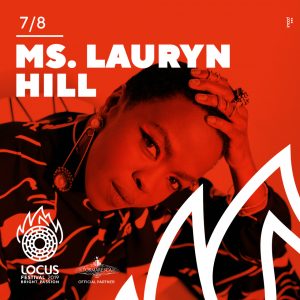 A dream that comes true for the XV edition of Locus Festival, that becomes one of the most important festivals of summer 2019 with the confirmation of Ms. Lauryn Hill on the 7h of August at Stadio Comunale
in Viale Olimpia in Locorotondo.
Contemporary Black Music’s absolute icon, from the beginnings with Fugees, to five Grammy Awards won with her solo album “The Miseducation …”, Ms Lauryn Hill gives even more charisma to the festival that for the past 15 years has always offered the best acts of international live music. 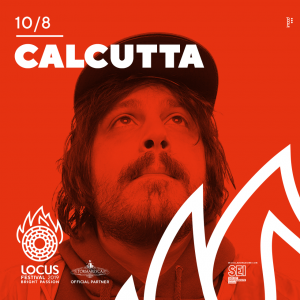 The location of Stadio Comunale, it’s also strategically useful to host the many fans scheduled for another big event on August 10th: Calcutta‘ show is a concert that, as often happens at Locus Festival, includes a quality Italian pop act in a program that ranges from avant-garde proposals to undiscussed leaders of world music. After a triumphant sold-out tour in the biggest Italian arenas, Calcutta has chosen Locus festival for the only summer show in Puglia. In collaboration with SEI – Sud Est Indipendente Festival.

With the announcement of these two important concerts, Locus festival 2019 completes the paid events program, which starts on July 27th with the young French musician FKJ at Masseria Mavù di Locorotondo (BA), and ends in the same place on August 14th with the legendary english musician Four Tet, joined by Ben Ufo. In between, in addition to Ms Lauryn Hill and Calcutta at Stadio Comunale, there will be a series of important free events in Piazza Moro in Locorotondo, which has always been the heart of the Locus. The final program, completed also with other collateral activities, will be announced shortly.

FOUR TET will be closing Locus Festival this year, on the 14th of August 2019 in Locorotondo. 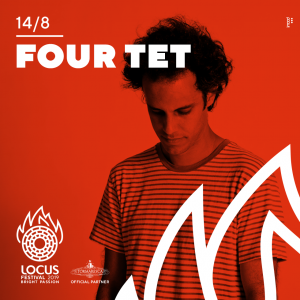 A few days after the first headliner announcement, french-australian artist FKJ aka French Kiwi Juice who’ll be opening the festival on the 27th of July, Locus traces boundaries of what will be an international contemporary music edition.

As promised by the claim “bright passion”, for the fifteenth edition of Locorotondo’s festival, an  high level program is emerging, which strengthen the passion for music and for the beautiful Apulian territory in which it takes place.

XV edition of Locus festival bright passion, in Locorotondo, from the 27th of July to the 14th of August 2019. First act announced: FKJ, will be opening the festival next summer. 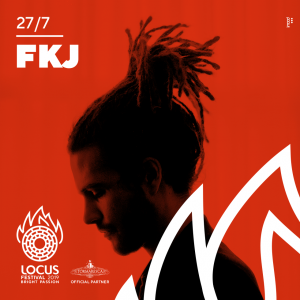 First announcement for the next summer Locus Festival arrives in the early stages of 2019, in the name of the inner fire and passion.
The flames that brights the new logo for the XV edition, expresses the passional approach that has nourished the apulian festival for fourteen edition  in the delightful and cozy town of Locorotondo.
Locus 2019 opening is set for Saturday 27th of July,  and will see FKJ (aka French Kiwi Juice) performing in the usual location of Masseria Mavù, in the amazing countryside of Valle d’Itria, surrounded by trulli in the area of Locorotondo (BA).FKJ aka French Kiwi Juice, born Vincent Fenton, is a young and extraordinary french multi-instrumentalist, that is currently headlining major international festivals such as Coachella and Sonar.
Love0

Locus Winter 2018: the VII winter edition of Locus, with Daddy G from Massive Attack for NYE at Mavù Masseria, and two live in the old churches of Locorotondo

In the evocative winter of the Valle d’Itria, the inner warmth of the Locus festival is nourished: with the same passion of the summer, but in the more spiritual dimension of the year-end festivities, in Locorotondo it’s time for Locus Winter!

On December 28th and 29th, two delicious live sets in ancient churches of the Old Town, and on New Year’s Eve the traditional New Year’s Eve at Mavù with the dj set of a legendary guest: DADDY G, founder of Massive Attack and pioneer of the Bristol sound .

TICKETS for the New Year

Advance sale online and at the Vivaticket.it and Ticketone.it points of sale