Locus Winter 2018: the VII winter edition of Locus, with Daddy G from Massive Attack for NYE at Mavù Masseria, and two live in the old churches of Locorotondo

In the evocative winter of the Valle d’Itria, the inner warmth of the Locus festival is nourished: with the same passion of the summer, but in the more spiritual dimension of the year-end festivities, in Locorotondo it’s time for Locus Winter!

On December 28th and 29th, two delicious live sets in ancient churches of the Old Town, and on New Year’s Eve the traditional New Year’s Eve at Mavù with the dj set of a legendary guest: DADDY G, founder of Massive Attack and pioneer of the Bristol sound .

TICKETS for the New Year

Advance sale online and at the Vivaticket.it and Ticketone.it points of sale 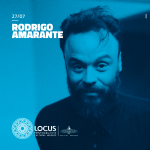 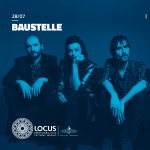 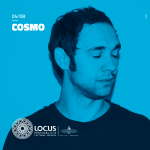 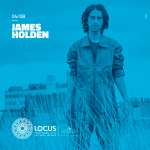 Waiting for full line up presentation on the 3rd of May, the headliners list of Locus Festival becomes almost complete with new addings.

On the 27th of July, polistrumentist and composer RODRIGO AMARANTE, worldwide recognized as the peformer of tv-show Narcos main theme and one of the best 100 brazilian musicians ever for Rolling Stone, will perform in Piazza Aldo Moro, free entry.
Pre-sales tickets already available for BAUSTELLE at Mavù Masseria on the 28th of July, presenting the new album “L’amore e la violenza vol.2 – dodici nuovi pezzi facili”.

Another important italian guest at Mavù Masseria will be COSMO, italian dj and singer, one of the most appreciated acts of the new italian musical panorama, performing on the 4th of august. In the same location, Cosmo will share the stage with JAMES HOLDEN & THE ANIMAL SPIRITS.

Locus heart’s on the hills in Locorotondo, but the Apulian experience cannot live without the sea.  This year we’ll be having again a part of the lineup performing on the close shoreline, as after parties of the free show on the Main Square in Locorotondo.
Lido Lullabay in Ostuni (BR) will be hosting “Locusbay“, free entry nights with three important international dj’s: german HABIBI FUNK on the 27th of July, british BRADLEY ZERO on the 3rd of August and peruvian DENGE DENGUE DENGUE on the 10th of August. Three high profile clubbing events tuned in with the cultural weaves, traditions and musical advangardes, expressing this year more than ever the deep cultural path of Locus Festival.

ALL TICKETS FOR LOCUS FESTIVAL’S PAID ADMISSION SHOWS ARE AVAILABLE ON BOOKINGSHOW, ONLINE AND IN ALL THE AUTHORIZED STORES.

The Pop-Up Hotel will be present at Locus festival on the first 2 weekends in August, when the event intensifies with the acts and the atmosphere heats up.

You will find our pop-up rooms just a few steps from the stage in Mavù Masseria,  right in the heart of the Itria valley and a few km from the historic village: in the middle of the party but quite secluded to ensure privacy and relaxation.

Booking a Pop-Up room also means access to theLocus Experience: local craft classes, visits to cultural sites, yoga and shiatsu in the trulli, workshops … you can choose one or more experiences to add at your temporary hotel. 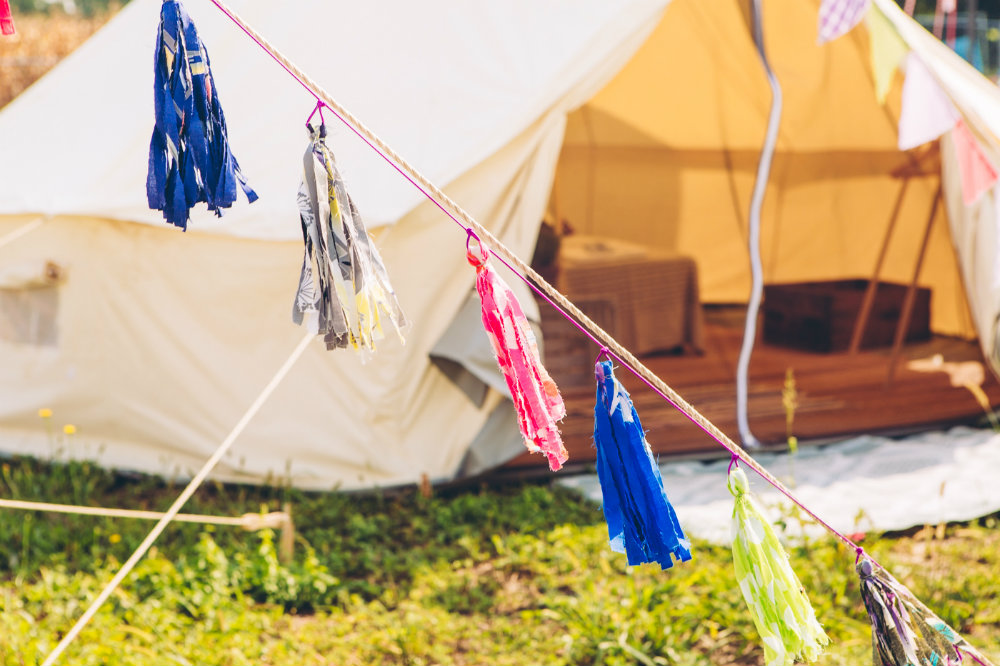 With the announcement of the MOSES SUMNEY live set, a new precious name is added to the cultural weaves of the Locus festival 2018 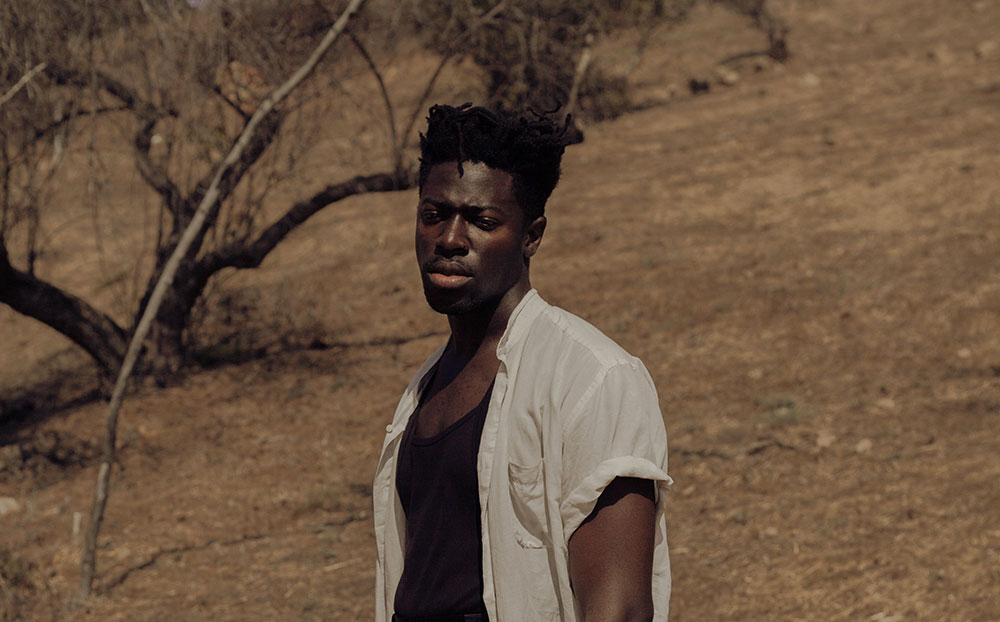 Important new annoucement for Locus Festival 2018!
One of the most interesting artist of the recent years, the internationally acclaimed Californian singer and performer MOSES SUMNEY, will join us in Locorotondo this Summer
His live his is precious, deep and etherel .. added to the already announced cultural weave of this years Locus with JAMES HOLDEN & ANIMAL SPIRITS, GO GO PENGUIN, THE COMET IS COMING, KAMAAL WILLIAMS and american super black music group R+R = NOW.

From his early debut in 2014, Moses Sumeny has been conquering attention and interest from audience and press with his first recordings and live shows, growing with a spontaneity and patience very rare these days in the music industry. His ethereal and abstract approach and his falsetto voice becomes various in his songs, overlapping instrumental melodies and creating a delicate but layered plot.
After the self-produced debut EP Mid-City Island, the Californian artist has performed all over the world alongside the likes of David Byrne, Karen O, Sufjan Stevens, Solange, James Blake and many others.

With the 2016’s EP Lamentations, Moses has expanded the spectrum of his music, with increasingly elaborate productions and a more evocative songwriting than his previous works.
His real debut album will arrive only in 2017, called Aromanticism, on Jagjaguwar label, a record that investigates the concept of “love without love”, questioning the social constructions gravitating around love and its rituals.

Album includes devastating synths of “Doom” along the new version of singles “Plastic” and “Lonely World”, and the result is a mixture of genres: from his soul voice, reminding traditional black music, to folk sounds brining him closer to contemporary songwriting, with an emotional approach from jazz to electronic.
In March he was invited to perform to 2018 Oscar ceremony with Sufjan Stevens and St Vincent.

“Complete and absorbing”
THE GUARDIAN

“He takes the elastic phrasing of Nina Simone and the purple-black undertones of Nick Drake and invites us to a place of eerie calm.”
PITCHFORK

Locus Festival preview: GoGo Penguin in Milan (14th February) and Rome (16th February) presenting the new album “A Hundrum Star”. They’ll be back in Italy in Locorotondo (BA) this summer, on the 28th of July

Locus Festival, taking place in Puglia from the 7th of July to the 11th of August, is doing an exclusive preview for Rome and Milan’s audience with Go Go Penguin, Manchester’s acoustic- electronic soulful experience.

“Bardo” is their new video just published, representing an example of the band’s new poetic. They’ll be coming back in Italy this summer at Locus Festival on the 29th of July, in Locorotondo (BA).

Hailing from Manchester UK, GoGo Penguin is a trio formed by pianist Chris Illingworth, bassist Nick Blacka and drummer Rob Turner. Their music can be defined “eletronic/acoustic” but taking life from rock, jazz, videogames soundtracks, minimalism and glitchy-elettronic too, for a very unique sound.

Locus Festival 2018 takes shape! After the first announcement of R+R=NOW super band, here we are with four more incredible shows: JAMES HOLDEN & ANIMAL SPIRITS, GO GO PENGUIN, THE COMET IS COMING, KAMAAL WILLIAMS EXPERIMENT. In Locorotondo (BA), from the 7th to the 12th of August.

Locus Festival 2018 will take place every weekend in July and in the first half of August, with a lot of more acts from international scene and cultural activities.
Other acts and detailed program will be announced soon 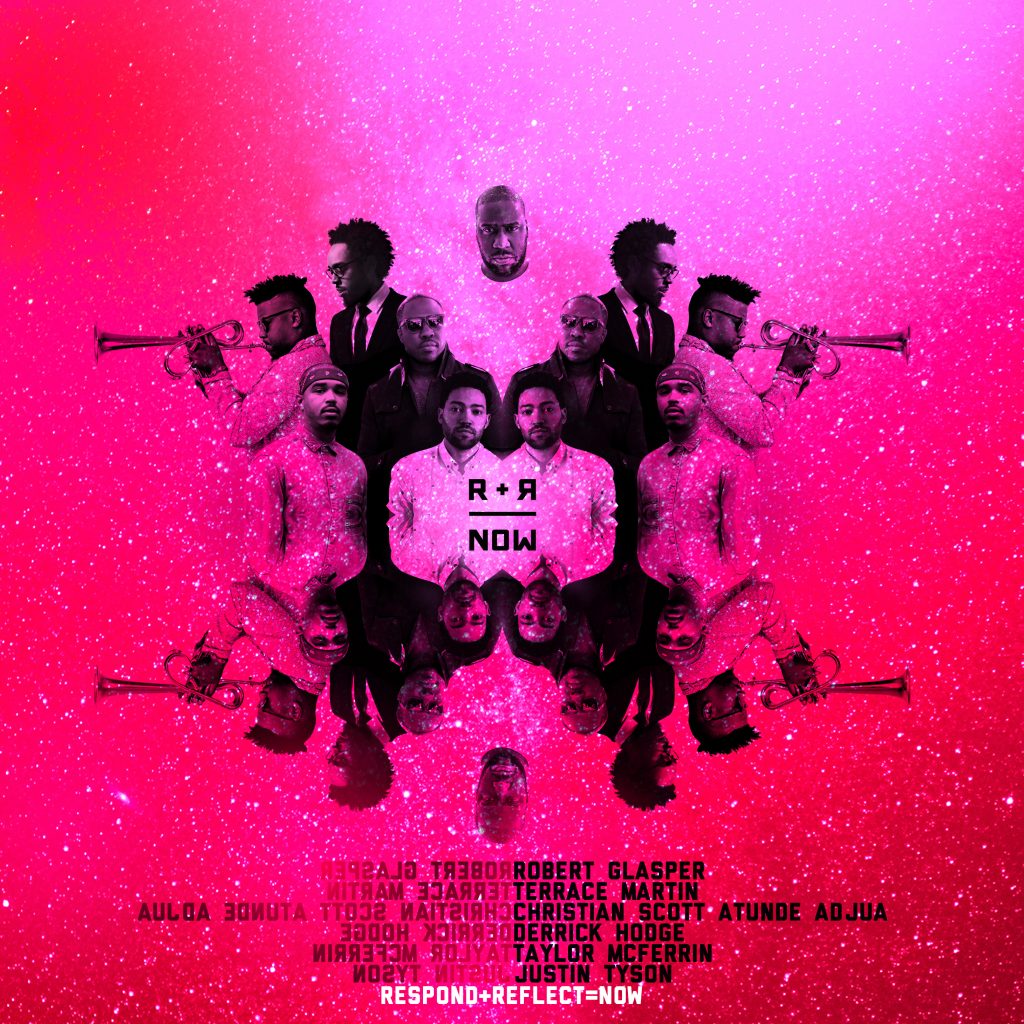 XIV edition of Locus Festival starts on the 7th of July 2018 with:

A new and incredible music collective, featuring on the same stage six of the most important and visionary jazz and black music acts of contemporary music.

Nothing better than a show like this to announce the fourteenth edition of Locus Festival, from the 07th of July to the 11th of August 2018.

A festival that became in the recent years a landmark for contemporary international music, both for the beautiful landscapes of Puglia and Valle d’Itria and for the cutting-edge cast, focused on current black music, able to break down cultural and musical boundaries.

A friend of Locus, Robert Glasper is the mind behind the R + R = NOW project, together with legendary producer and multi-instrumentalist Terrace Martin, with whom he played in many incredible musical adventures, including featurings with the likes of Quincy Jones, Kendrick Lamar, Common, Kanye West, Mos Def and Q Tip.

R + R = NOW is a super-band able to explore all sounds of black music, including jazz, soul, R & B, hip-hop and many other musical suggestions.

R+R=NOW means “RESPOND AND REFLECT, NOW!”, a concept inspired by the legendary Nina Simone, that stated in an interview that an artist has the need to reflect the times living in.

Voices of R+R=NOW belongs to founders and main players of the actual black music scene.

Locus Festival wants to be the reflection of our times too, offering to the italian audience and to vastity of tourist that crowd apulian hills and coasts in the summer, a landscape of the most pure and vital music.

R+R=NOW is only the beginning of an high level cast, dedicated to music as a universal language, overcoming the logic of virtual apparences and uniting people, creating connection between people.

This is our way to react to cultural flattening, fake news and selfishness that seems to prevail in this precise historic phase.